Ahead of the FIFA female World cup to be played in France come June, the indomitable lionesses of Cameroon are in China for a buildup. In their first game of a mini tournament organised in view of the World Cup, the lionesses outplayed Croatia by 2-1.

Magdalene Ngono Mani put the lionesses ahead at the 33rd minute but a blunder from goalkeeper Ngo Ndom Annette permitetd the Croatians to level scores at the 63rd minute. Michelle Akaba Edoa will offer the lionesses a win scoring 6 minutes to full time after a beautiful assist from Gabrielle Aboudi Onguene. 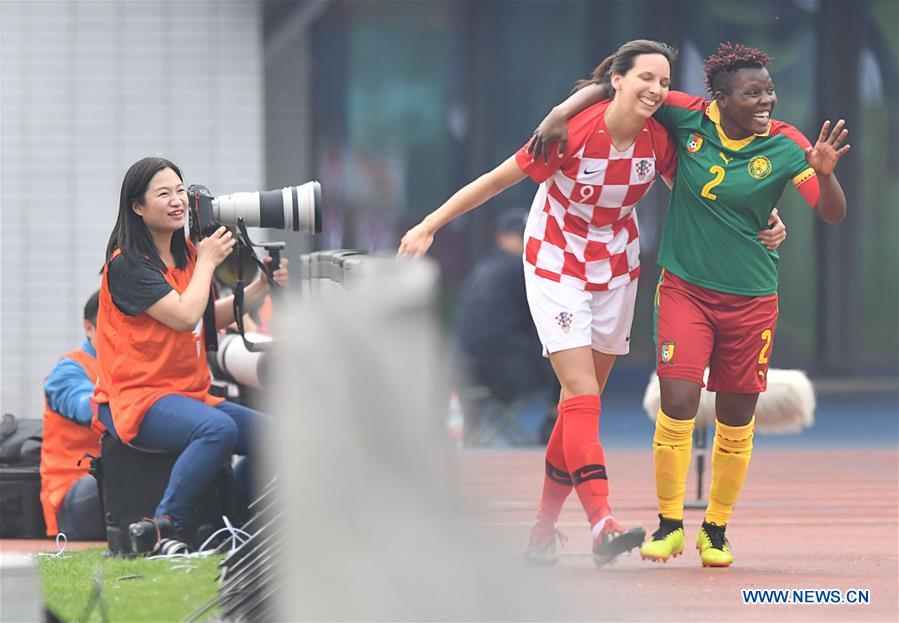 Coach Alain Djeumfa still has much work to do over a team that benefited from 9 corners in this game but couldn’t make good use of them. The lionesses ended the game with 2 yellow bookings against 0 for the Croatians, 2 shots on target (2 goals) against 1 for the Crotaians.

This victory sends the indomitable lionesses into the finals of the tournament where they will face the winner of the Russia vs China game.