Emre Mor’s impending loan move to Inter Milan appears to have been all but confirmed by Borussia Dortmund.

The Bundesliga club took to their official Twitter account to explain why the midfield wonderkid would not be taking part in their annual team group photograph ahead of the new season.

Inter are reportedly on the cusp of landing Mor on a two-year loan deal after a less than impressive first 12 months with Dortmund, and the club pretty much stated he was off – albeit temporarily – via the below tweet. 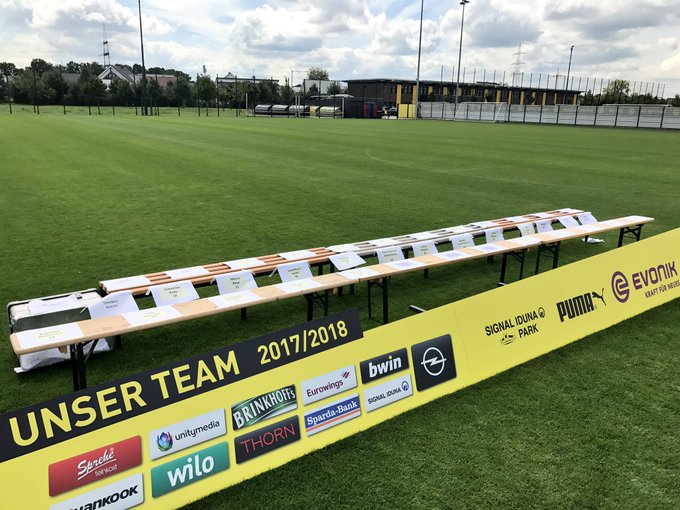 The caption translates to: “Emre Mor is missing at the shooting of the team photo. He is released for final negotiations on his future.”

Gianluca Di Marzio has ​also reported that Mor has said goodbye to his Dortmund team-mates, and will travel to Milan to finalise the details of his move tomorrow.

The Turkey international found first-team opportunities at a premium following his £8m switch from Norwegian outfit Nordsjaelland last July. Mor managed to make 19 appearances in all competitons for Die Borussia, but he netted just one goal and laid on three assists for his team-mates as he struggled to show his talents on a regular basis.

Sky: There are some small details to be resolved between #Interand #BVB for Emre Mor. Player should land in Milan tomorrow or Thursday.

With the arrival of new manager Peter Bosz in the close season, the Dutchman has recognised that Mor requires more game time on the field of play to further his development. However, Bosz clearly feels that he will be unable to hand the 20-year-old sufficient minutes on the pitch at the Westfalenstadion, and has greenlit a loan move to Serie A with sleeping giants Inter.

Mor is believed to have held talks with Inter’s technical director Walter Sabatini, who told Sky Sport Italia on Monday that he was confident of a deal being agree in due course.

He said: “There have been a few complications for Emre Mor, but the week is still young.”