Henri Bedimo is not done with football. After announcing his retirement on June 16, 2020, the left back is back in football.

Bedimo (36) was admitted to the Football Coaching Certificate training in the Occitania Football League. He therefore integrates the training centre for coaches located in the city of Castelmaurou in the department of Haute-Garonne in France.

In the days to come, the new “ex Indomitable Lion” wishes to share his know-how with the upcoming generations. 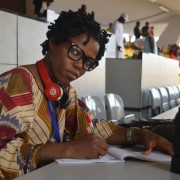