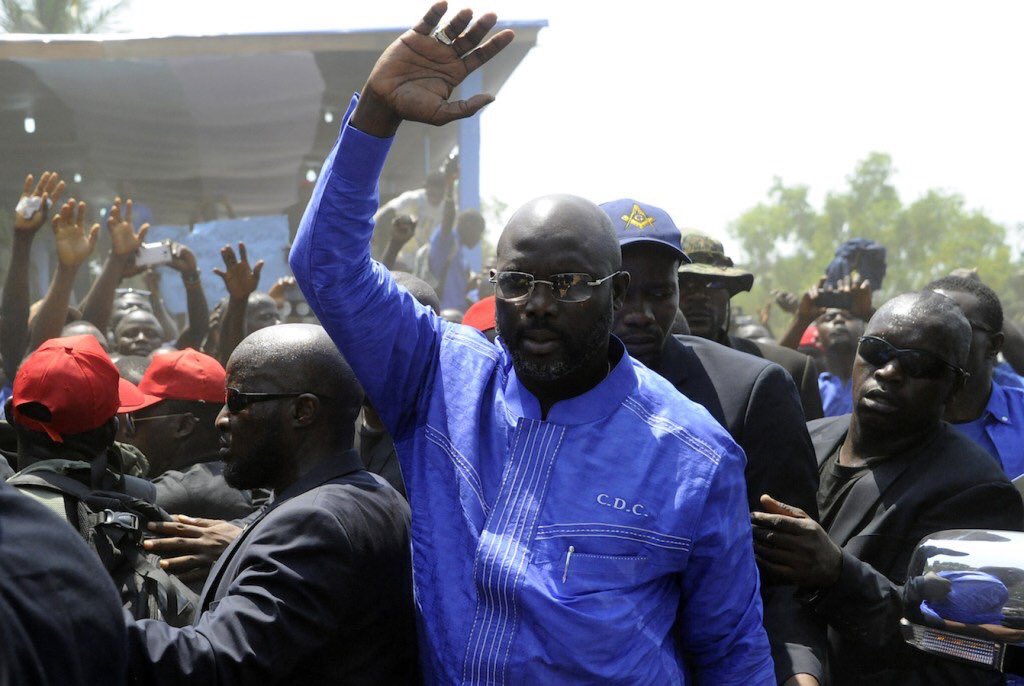 African football legend George Weah has finally been elected as the president of Liberia  after clinching 12 of the 15 counties ahead of his 73-year-old opponent Joseph Boakai, who won two counties only. At 51 years old, Weah will succeed Ellen Johnson Sirleaf as the West African nation’s 25th president.

It’s through a tweet that he thank the people of Liberia as great hope lies ahead for Liberia.

It is with deep emotion that I want to thank you, the Liberian people, for honoring me with your vote today. It is a great hope. #Liberia #Liberia2017

George Weah had an illustrious football career with clubs like Tonnerre of Yaounde, Monaco, AC Milan, Chelsea and many more.  He stands as the only African to win the World Footballer of the Year (1995).

Mosimane maybe the wrong answer for a Non asked question !