A survey by The Athletic has revealed how optimistic Premier League fans are about the upcoming season.

With multiple Premier League clubs spending heavily this summer, this often leads to fans becoming optimistic about the season ahead.

In reality, many signings take time to settle in and simply don’t work out, as we saw with Romelu Lukaku to Chelsea last season.

However, Chelsea have spent handsomely this summer, and according to a survey from The Athletic, the fans at Stamford Bridge aren’t feeling so optimistic about the upcoming season, as seen in the chart below. 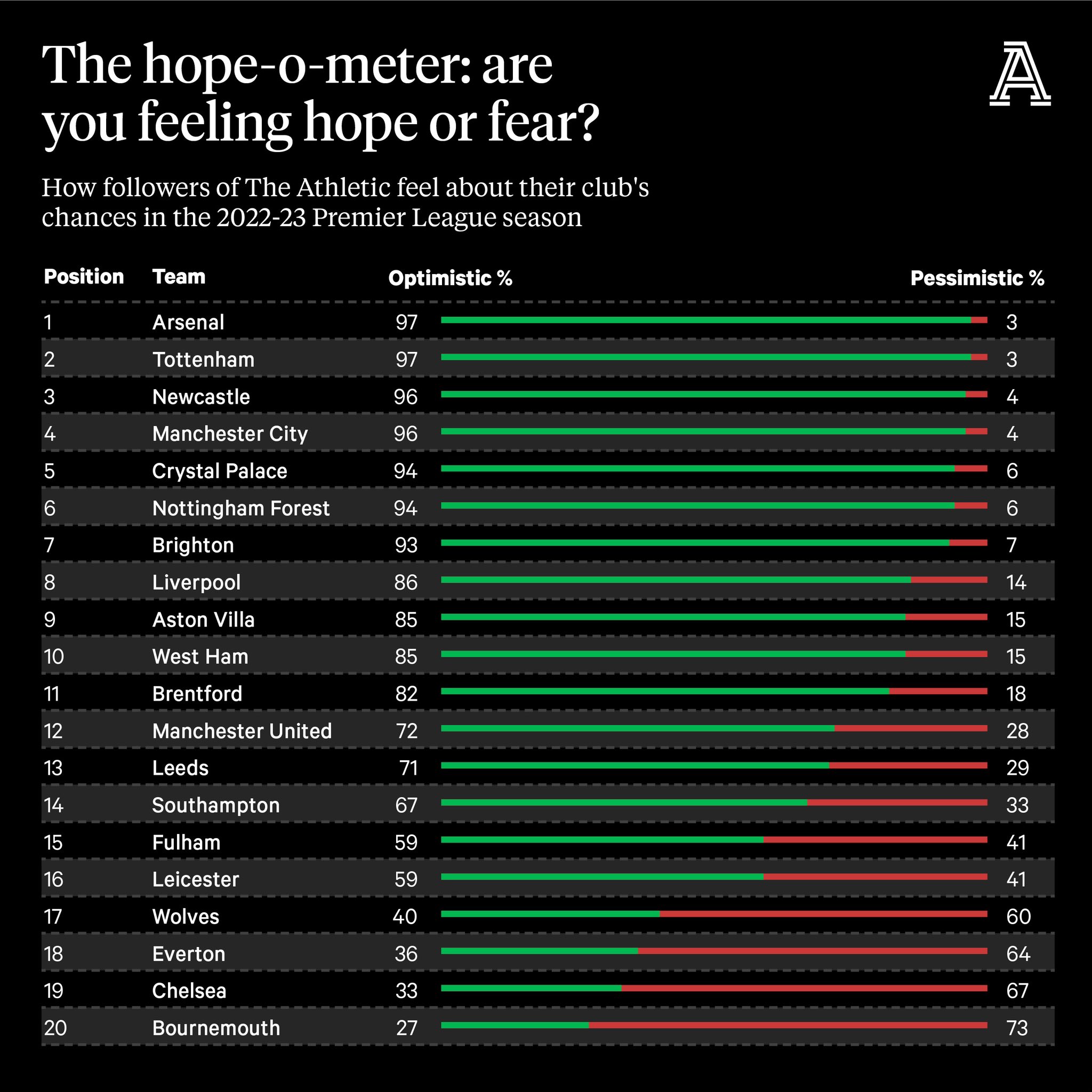