Cristiano Ronaldo has confessed that he does not know if he will still be a Manchester United player once the January transfer window opens. The veteran striker is keen to leave the club in the near future and United are ready to part ways with Ronaldo as well, particularly after his inflammatory interview which saw […]

Phil Foden had unleashed the blond bombshell look, à la Gazza, and he was ready to take Euro 2020 by storm. To say that it did not work out for the 22-year-old midfielder on an individual level is an understatement. Each and every detail went against him, the big ones, the small ones and even […]

William Saliba’s form since returning to the Arsenal squad has seen him destined for a new deal in north London as he embarks on a Qatar World Cup campaign with France CLICK HERE TO READ MORE ON www.football.london

Man United’s fans have had their say on the concluding part of Cristiano Ronaldo’s interview with Piers Morgan. CLICK HERE TO READ MORE ON www.manchestereveningnews.co.uk

Cristiano Ronaldo reveals why he turned down Saudi Arabia offer

Cristiano Ronaldo has confirmed that he rejected a big-money offer to Saudi Arabia because he had no desire to leave Manchester United at the time. Ronaldo was offered a €350m move to Saudi Arabia this summer but he rejected the chance to make the move, instead opting to remain at Old Trafford in an attempt […] 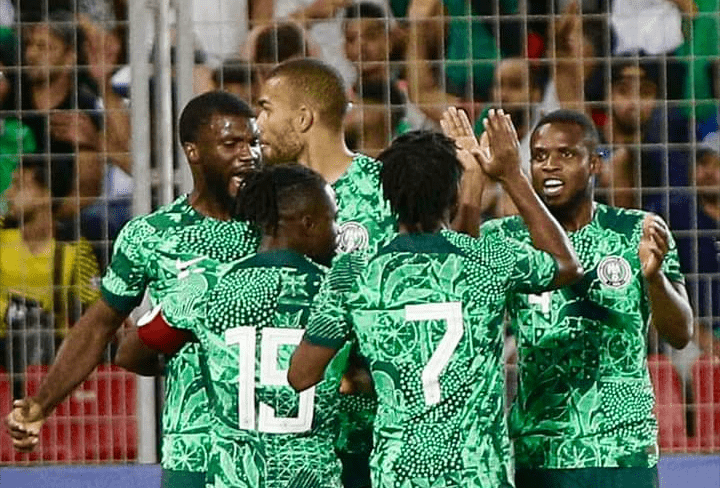 The Super Eagles were at the receiving end of a Portuguese punishment on Thursday after falling to a 4-0 defeat to a Cristiano Ronaldo-less Selecao. Below is how the Super Eagles players rated in the encounter: Goalkeeper: Francis Okoye – 4.0 The Omonia Nicosia shot-stopper made a fine save in the second half after a […]

Cristiano Ronaldo felt Manchester United had ‘cut his legs’ and did not want him to “shine” or listen to advice as his relationship with the club deteriorated. The Portugal forward claimed United were trying to force him out and criticised manager Erik ten Hag while also saying the club’s owners, the Glazer family, do not […]

Emile Smith Rowe has been on the sidelines since September after undergoing surgery but is expected to be part of the Arsenal squad that travels to Dubai next month CLICK HERE TO READ MORE ON www.football.london

All the latest transfer talk from Old Trafford as Man United are tipped to move for Sassuolo midfielder Davide Frattesi. CLICK HERE TO READ MORE ON www.manchestereveningnews.co.uk

Cristiano Ronaldo has revealed that he would be happy to see Arsenal win the Premier League this season if Manchester United do not go all the way. The Gunners sit top of the table heading into the World Cup, five points ahead of reigning champions Manchester City and 11 ahead of United, who climbed up […]