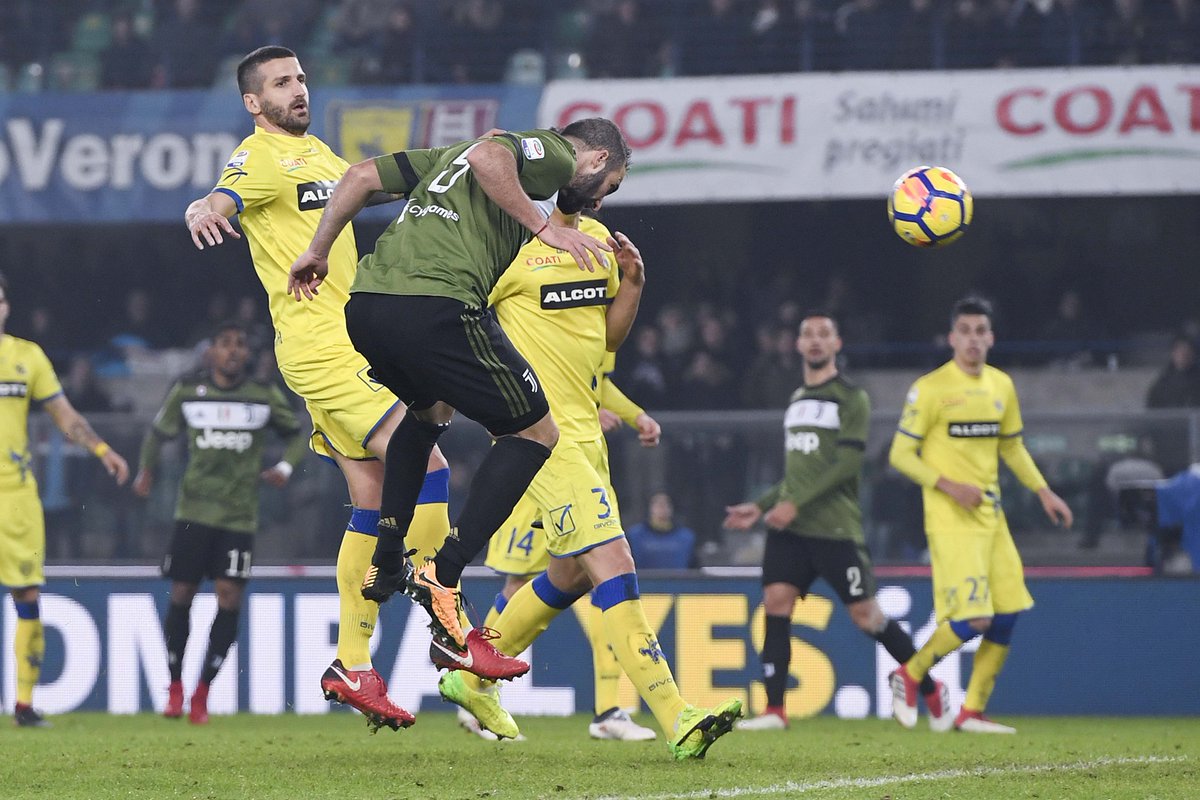 Champions Juventus have gone to the top of the Italian Serie A after a 2-0 win over 9-man Chievo Verona in a week 22 league clash played on Saturday night.

Sami Khedira and Gonzalo Higuain scored in the second half to capitalise on the numerical advantage Juventus were afforded after Belgian player Samuel Bastien and Fabrizio Cacciatore were both sent off for the hosts.

The win takes Juventus (56 points) above former leaders Napoli (54 points) who play Bologna at home later on Sunday with the aim of getting back to the summit. Chievo (22 points) stay in 13th spot.

Atalanta are back in the top seven following their convincing 3-0 win over their hosts Sassuolo courtesy goals from Andrea Masiello, Bryan Crisante and Remo Frueler.

The home side finished the game with 10 men following the dismissal of Edoardo Goldaniga in the dying moments of the game.

Atalanta (33 points) moved above AC Milan into 7th as a result of the win while Sassuolo (22 points) stay in 14th place.

Matteo Politano set to miss a month with ankle injury