Rafa Marquez refutes Connection to Mexican Drug Trafficking organisation  - MySoccer24
Rafael Marquez, former Barcelona star and Mexico legend  has been forced to deny any connection to a drug trafficking organisation (DTO) after sanctions were brought against a total of 22 Mexican nationals on Wednesday by the US Treasury in relation to an investigation into an organisation thought to be led by infamous trafficker Raul Flores Hernandez.

With Flores the main target of the investigation, Marquez and the 20 others on the treasury radar stand accused of ‘providing support to the narcotics trafficking activities of Raul Flores Hernandez and the Flores DTO and/or for being owned or controlled by the Flores DTO, its members, and trusted associates’, according to an official statement. 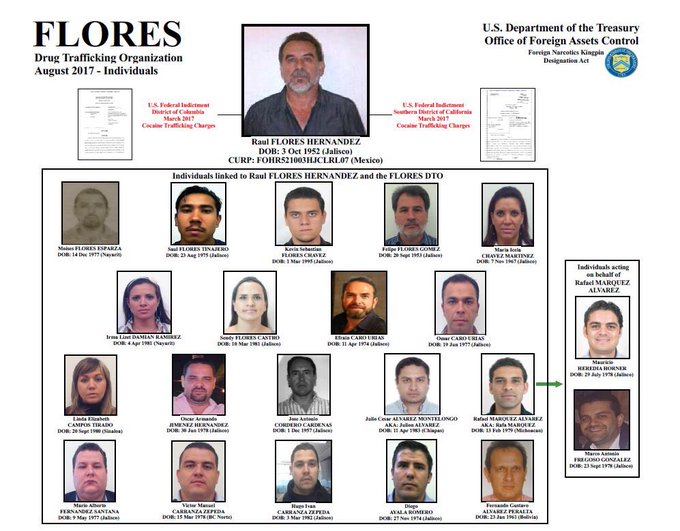 As many as 42 business entities, including Mexican football team Club Deportivo Morumbi a sports rehab centre and many restaurants and bars in Guadalajara, are also part of the investigation as a result of Flores’ regular use of financial fronts to ‘mask his investments of illegal drug proceeds’.

The US Treasury specifically claims that Marquez and Mexican singer Julion Alvarez both have ‘longstanding relationships with Flores Hernandez, and have acted as front persons for him and his DTO and held assets on their behalf’.

Yet in a lengthy statement read out at a news conference on Wednesday night, recorded by ESPN, Marquez, who is still playing for Liga MX side Atlas and the Mexico national team at the age of 38, strongly denied ‘any type of relation’ with the Flores DTO.

“Today several news outlets reported that I am part of an investigation conducted by the U.S. Treasury Department for alleged ties to criminal organization. I categorically deny any type of relation with this organization and with what has been stated in several news reports,” he said.

“I understand the legal situation that I find myself in, and I will immediately work on clearing up the facts alongside my team of attorneys.

“I reiterate that I have never participated in any of these organizations that have been mentioned in these reports, and want to reiterate my duty to assist the various authorities and corresponding governments in a punctual manner and maintain the media informed.

“I also want to ask for respect for my family and towards my situation, because it is not a normal situation – it is a difficult situation, and I ask for as much respect as possible.

“I also thank those who have sent me messages of support; I know that many people are with me and I will not disappoint them.

“Just as I have approached my professional career, today is my most difficult challenge. I will try to clear this up when I can and be the Rafa Marquez everyone knows.”

Marquez was a Champions League winner with Barcelona in 2006 and 2009 and has also played successfully in Europe for Monaco. He later spent two years in Major League Soccer with New York Red Bulls where he was a teammate of Thierry Henry.

Indomitable lions : Coaches in the past decade and where they came from.